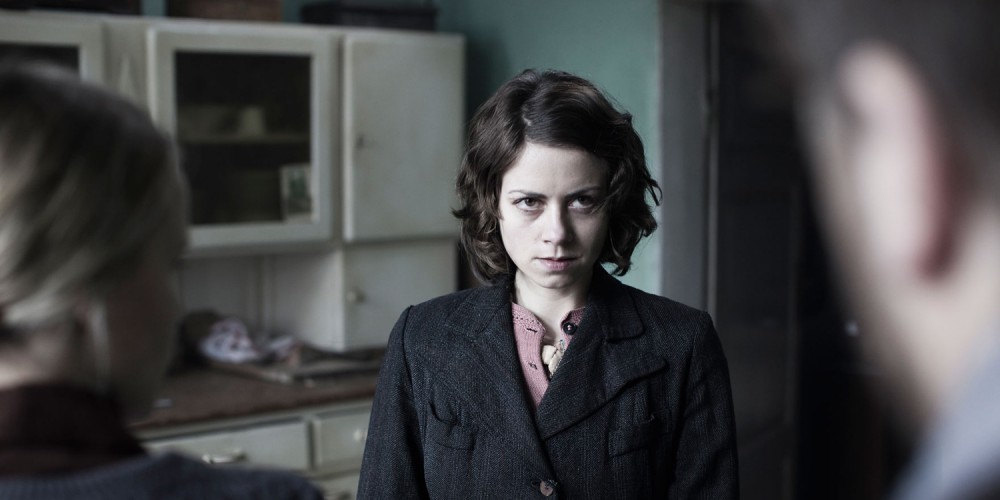 Based on actual events, REMEMBRANCE depicts a remarkable escape of two young lovers, Polish prisoner Tomasz (Mateusz Damięcki) and German Jew Hannah (Alice Dwyer), from a Nazi concentration camp in Poland in 1944. But after a short burst of freedeom the two become seperated in the chaos of war and each believe the other has died. 30 years later, in New York City, Hannah is sure to have recognized Tomasz in an interview on tv.

Synopsis
In a Nazi concentration camp in WW 2 occupied Poland, young Tomasz (Mateusz Damięcki), a Polish prisoner, is urged by the resistence to smuggle photo negatives out of the camp, for the world to find out about the horrors behind the barbed wire. Desperately in love with the young Jewess Hannah (Alice Dwyer), Tomasz arranges to take her with him. In an extremely dangerous maneuver they manage to escape the compound and survive a treacherous journey to his mother’s house while the Nazis are after them, forcing them into a precarious life underground. The manor has been seized by the SS, leaving Tomasz‘s mother (Susanne Lothar) to live like a servant. She insists that Hannah leaves immediately, as hiding a Jew puts them all in great danger. When Tomasz goes to Warsaw to hand over the photo negatives to his contacts, his mother tries to turn Hannah over to an SS officer (Florian Lukas). But Hannah suspects and goes to hide with Tomasz’s sister-in-law (Joanna Kulig) and waits for Tomasz. He doesn‘t return though and is said to have died. When the Russians invade Poland Hannah is forced to move on.
30 years later, in Brooklyn, New York, 52-year-old Hannah (Dagmar Manzel) is married and has a daughter (Shantel van Santen). Waiting at a dry cleaners to receive her table linens, she notices an interview on tv. The man on the screen is recalling their escape from a concentration camp, and as she listens she’s seized with the conviction he’s Tomasz. Hannah is overwhelmed by memories of the past she has never shared with anybody. At home she attempts to be the perfect hostess at a party for her husband (David Rasche) and his professional colleagues. Secretly though, she telephones the Red Cross and begins to search for Tomasz again.